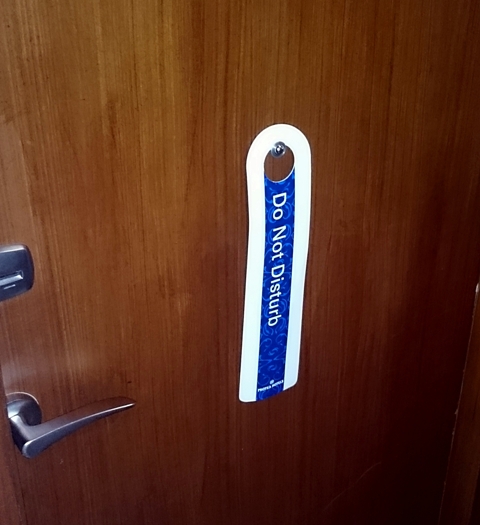 I hate parties. Particularly if I’m not one of the revelers and desperately trying to sleep.

This is the dilemma of the line pilot (and their long-suffering families). Non flyers find it hard to understand the anti-social behaviour that we tend to exhibit at times – aren’t aircrew supposed to be serious party animals? Trying to arrange a dinner with friends becomes a challenge; finding an evening where you’re free without an early sign-on or a late sign-off is the quest for the holy grail.

I do recall that many years ago we would have a reasonable amount of free time during night stops, which would allow for some socialising. But the nature of airline ops have completely changed, especially for short haul crews.

Captain Sully Sullenberger (Miracle on the Hudson) describes the new short haul crews as the “slam and click” generation – get to the hotel room, slam the door and click the lock. Believe me, the last thing I need when I finally get to my hotel room at 01h00 in the morning (we do have pairings which land after midnight), is not being able to sleep.

Unfortunately, life goes on and your body clock does not allow for the wild variations in airline rosters – so getting to sleep at 02H00 does not mean that you won’t wake up early. After all, normal people wake up around six or seven in the morning! And then we sign on early afternoon and fly to almost midnight again.

This is where the revelers come in: Lo and behold, just after your tired body finally succumbed to sleep, some drunken louts will come down the passage, yelling and singing, slamming doors and generally showing their ill breeding.

To add insult to injury, no-one seems to realise that “Do Not Disturb” does not only mean don’t enter.

A few years ago FlightGlobal magazine published the results of a survey of some 2000 aviation professionals. The question was: “List your perceived top threats to aviation safety”. Top of the results list? Fatigue among safety critical crew (pilots, FA’s, engineers, ATC’s, etc.)

Early in September I attended one day of the aviation safety conference in Cape Town, where Jonathan Davy presented a paper on fatigue. He is completing his PhD at Rhodes on fatigue in shift workers – obviously there is much that corresponds with the way air crews work.

Jonathan Davy at the African Symposium on Human Factors and Aviation Safety.

Bottom line is that we can recognise the symptoms of human fatigue very easily – but for a diurnal species, designed to be awake during daylight and asleep in the dark, finding a cure is proving extremely difficult. The new buzzword for airline unions is FRMS (Fatigue Risk Management System). Whether it will simply remain a buzzword, or whether it will actually result in some tangible results remain to be seen – I must say that I’m rather sceptical.

The challenge is to arrive at a system where the poor human element will be able to keep up with the increasing workload demands of a work-intensive, high-tech, high cost industry with low yields. The bottom line counts and humans are expected to cope.

An airline captain’s priority is the safety of passengers and crew – it will be a sad day when that is compromised by the biggest current threat to aviation safety. Pilots are can-do people and they find it very difficult to call in sick, never mind calling in “fatigued”. So we get on with it and do the job required of us – as safely and efficiently as possible. The surreal early sunrises and expansive city vistas at night make up for the drudgery of 3 o’clock starts and 1 o’clock finishes.

So I do apologise, but please bear with me when I appear somewhat grumpy while you are having a ball at your late night party? And, for the record, I don’t really hate parties!